America’s teachers can’t afford housing and this is why 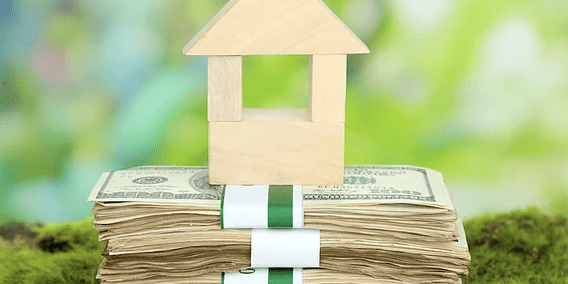 The latest Employment Situation Summary report revealed the average American income has grown 3.2% over the year, rising four cents to $27.70 in April.

Despite this financial boost, new data from Trulia indicates as home price acceleration outpaces wage growth, the nation’s teachers, first responders and restaurant workers are still struggling to afford to live in the communities they serve.

“Increasingly, the people we rely on to educate our children, protect our neighborhoods and serve us in our local restaurants are struggling to afford a home in the same places where they work. And they aren’t alone,” Trulia writes.

According to Trulia’s analysis, the list price for a for-sale home nationwide rose 19.2% in the last three years, while wages rose only 6.7% over that same period.

Since the average American teacher earns around $50,000 a year, they are likely to spend more than 30% of their income on payments.

“The common rule of thumb says housing costs should not exceed 30% of income to still be considered affordable – and it’s important to note that a given buyer could choose to exceed this threshold in order to secure a home,” Trulia writes. “But more money spent on housing means less money saved for education, emergency expenses and other expenses.”

According to the company’s report, in 42 of the largest 55 housing markets studied, teachers can afford less than half of the homes on the market.

This affordability challenge has led company’s like Landed to create investment programs designed specifically to help educators afford homes in the communities in which they work.

And although America’s teachers are having a hard time entering the housing market, Trulia says it is really restaurant workers who are falling behind.

“Among the occupations examined, restaurant workers have the toughest time in today’s housing market; in over half the markets in this study, their relatively low wages could only buy 5% or less of the homes on the market,” Trulia writes.

While the answer may seem as simple as moving to a more affordable market, Trulia highlights that lower-priced markets also come with lower wages.

While affordability disproportionately impacts these three groups, it’s important to remember that housing affordability is a national concern.

A recent analysis from Moody’s Investors Services discovered the era of unusually affordable housing has ended, as America’s housing affordability has returned to average historical levels.

And Moody’s findings support Trulia’s data, as the company determined that not even six-figure salaries in California ensure citizens affordable housing.

“Housing affordability strains have reached troubling levels, making it increasingly difficult for teachers, first responders and restaurant workers to afford to buy homes and live in the communities they serve,” Trulia writes. “Even as the housing market shows signs of cooling and evidence that prices may be exhausting demand, the fact remains that home price growth still outpaces wage growth. There is a long way to go before many of those working in our communities are no longer worried about being able to afford to live where they work.”