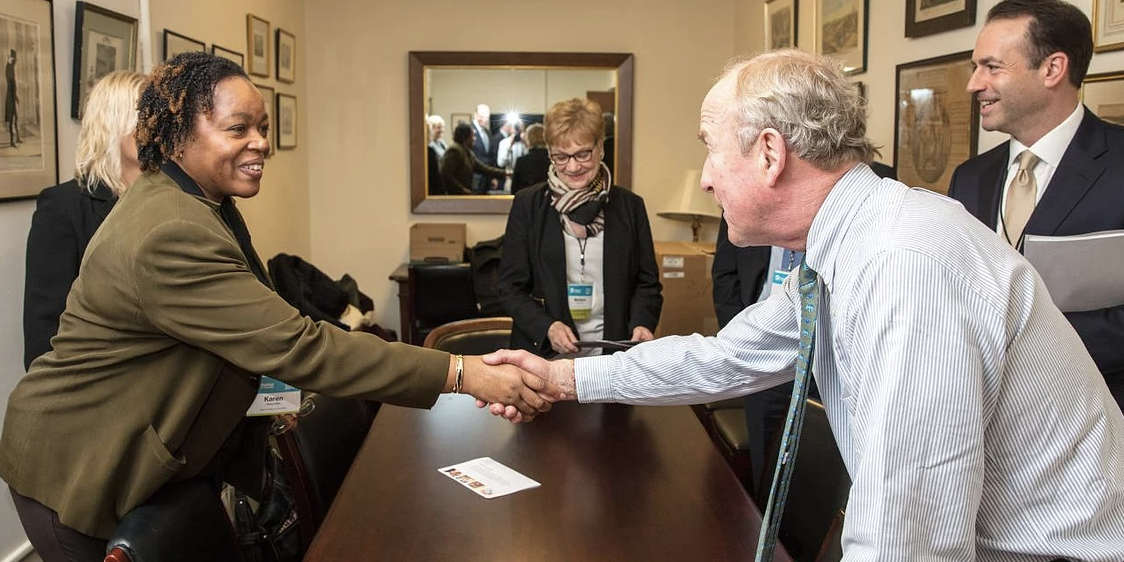 The Cost of Home campaign builds on Habitat for Humanity’s strong record of advocacy achievements throughout the U.S. and on the unparalleled reputation of our network of more than 1,200 U.S. affiliates.

Over the next five years, we commit to mobilizing our local Habitat organizations, our partners, our volunteers and community members across the country to find solutions and help create policy changes – like the examples below – that will allow 10 million individuals to meet their most basic needs.

Learn more about the campaign’s four key policy areas and join us!

In Minnesota, Twin Cities Habitat has worked in coalition with other organizations throughout the city to advocate for increased overall funding for affordable housing and substantial increases to the Minneapolis Affordable Housing Trust Fund.

The AHFT provides gap funding to finance the development of affordable and mixed-income rental housing, housing production and preservation projects in the city. In December 2018, the mayor of Minneapolis signed into law the city’s 2019 budget, which included record funding for affordable housing. The total housing budget for 2019 ended up at $45.3 million, compared to less than $25 million in 2018.

Minneapolis’s Affordable Housing Trust Fund is funded at $21.1 million, which will support the production of between 500 and 800 units of affordable housing.

Habitat affiliates in Indiana partnered with a wide variety of nonprofit, community development, veterans and faith-based groups to halt legislation that would have expanded payday and predatory short-term lending in the state. The bill would have permitted more payday lending products in the state and higher rates.

Habitat Indiana worked to engage its supporters and members of the Statehouse to oppose the proposal. Although the bill passed the state Senate earlier this spring, it died in the state House when its sponsor declined to call it for a vote by the required deadline.

Optimizing land use for affordable homes

In Texas, Austin Habitat has been actively engaged with a coalition of affordable housing and community development organizations in support of the Affordability Unlocked ordinance. In May 2019, after hours of discussion, the city council voted unanimously to adopt.

Affordability Unlocked is a proposal designed to increase the city’s affordable housing stock through zoning changes and by reducing some development requirements, such as parking and minimum lot sizes.

Austin Habitat stated in their letter of support to the city council that the ordinance would allow affordable housing organizations “to do more with precious land in the community … as it unlocks our neighborhoods and enables us to build more in Austin’s highest opportunity areas with better access to all of the things that make Austin so special.”

Increasing access to and development of communities of opportunity

In early 2019, Habitat Omaha advocated in favor of an ordinance that would establish a rental property registration and require inspections of all rental properties in the city every 10 years. Habitat Omaha mobilized their volunteers and supporters by providing guidance and talking points for them to reach out to city councilmembers to support the proposal.

In April, the Omaha city council and mayor passed the ordinance. This law, which takes effect on Jan. 1, 2020, will help address inadequate and unsafe rental properties in the city.